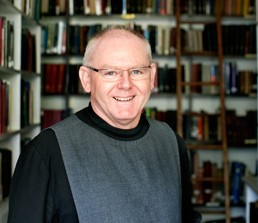 Rightly or wrongly there has been much criticism of the Brexit process and much of that criticism has focused on the perceived lack of preparation. Too many issues seemed, to observers, to have been neglected until the last moment. Somewhat similarly, Christmas catches many out: it arrives too soon, it seems, and everything is done in a mad rush in the last few days.
The Christian Church has, in the Advent season, a precious gift. Here is serious, spacious time for preparation, for reflecting, for praying, but this is not preparation of the frantic kind that either Brexit or the observance of Christmas seem to entail. Rather, this is a time to look into the future that is already present in God – not just next year, not even the next millennium, but the end of time itself. This could sound rather terrifying and altogether too much for winter days, but we look forward in the confidence that it is the God who has come to us in Jesus Christ who holds the future and invites us to move on. And we do go on, moved above all by hope, that great Advent virtue. Hope, as St Paul says, does not disappoint us: in the midst of difficulties, uncertainties, change and confusion, hope helps us go on looking to God who calls us forward into God’s own future.

Bursar The post-holder will deliver all financial services to the College. ... Read more

If you are considering training for Priesthood, please download a copy of our mini-prospectus for further ... Read more

Talk to us online